Entry Into the Indigenous Abode 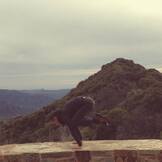 Nonduality in this sense refers to a primordial state of formless and unmanifest awareness (dharmakāya, धर्मकाय) that is not differentiated into the ontological and epistemic mode of subject and object perception.  This nonduality is a state of reflexivity, that is, it is awareness of awareness itself rather than its internal and external contents.  To know itself it must embody and be indistinguishable from what it knows, hence the distinctions between knower and known as well as ontology and epistemology are inapplicable.  What reflexive awareness or self-consciousness knows is not a being’s particular nature but the universal, innermost nature of the totality of beings.  This implies that nondual awareness is neither solipsistic nor localized, meaning it is not isolated within the confines of subjective consciousness.  Rather, it is a pervasive field that encompasses all entities, thus it is not bounded to any specific entity or point located in spacetime.  Lastly, the term ‘trans-conceptuality’ indicates an epistemic mode of awareness that exceeds conceptual understanding, logical progression, sensory perception and emotive states.

Nguyễn creates a semiotic system that translates and compresses nondual cosmologies and philosophies to forms of diagrammatic symbolism, which explore numerous ways to render the nature of dualistic perception as well as how the inherent field of nondual awareness can be accessible. To be more specific, the diagrams inquire how the perceiver, upon closely contemplating and visualizing the symbolic language, can be incited to gain insights into the nature of conscious perception as well as the underlying field from which it originates.  Furthermore, by attending in this manner, he believes there is a possibility for the mind to be spontaneously released from the recognizable contents of consciousness such that an unoccupied space for the direct recognition of and identification with one's fundamental nature becomes possible. This is central to his investigation of visual media's capacity to evoke an unmediated awareness that is free from thought-constructions.